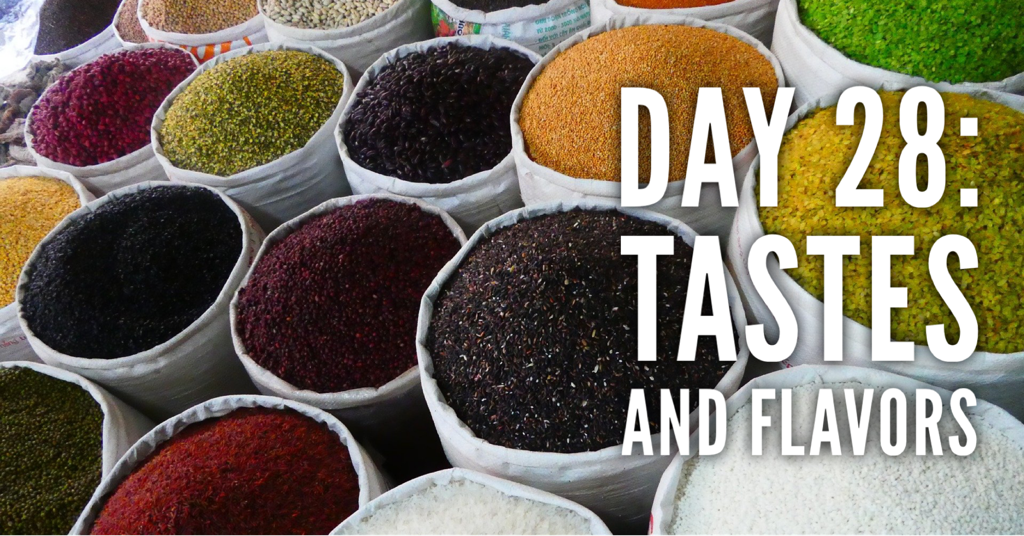 When I was in medical school, I learned that the tongue has different parts where it perceives salty, sweet, sour, and bitter tastes. Well, that was 25 years ago. When I took the Culinary Medicine course, I learned that this taste perception is not confined to specific areas in the tongue but instead tends to be scattered. And most surprising of all, there is a fifth taste that the tongue perceives--umami. It’s a Japanese word meaning “essence of deep and delicious flavor.” It’s often associated with L-glutamate in food.

This savory flavor can be found in certain foods like mushrooms, kombu seaweeds, smoked or dried fish, and fermented foods like fish sauce, soy sauce, shrimp pastes. With fermentation, one can decrease the amount of salt but still retain much of the flavor.

The goal of combining tastes is to provide contrast and deepen the flavor of food so you don’t have to use too much of anything.

A very common taste combination is adding sweet to salty. One favorite soy sauce I use is the Philippine-made Coconut Aminos with only 90mg of sodium per teaspoon compared to Bragg’s liquid aminos from soy which has 310 mg/ tsp. Kikkoman soy sauce has 320 mg/tsp. Another sauce that adds umami with lower sodium content is Worcestershire sauce with only 55 mg/ tsp.

Another favorite of mine is the Pinakurat vinegar. It’s very flavorful but has only 60mg of sodium per tsp (180 mg/tablespoon).

The other vinegar that I use for my favorite home-made chimichurri sauce and other salad dressing is the Alessi white balsamic vinegar. It is sour and sweet so my cucumber marinates in this rich flavor and adding just a little bit salt and sesame oil can really go a long way.

For those who requested for a sauce for grilled veggies, here’s one that surprised my sister-in-law. It’s so zesty and bright and fresh that your roasted / grilled peppers, zuchinni, or brocolli will feel like kings and queens.

I use this sauce for avocado sandwich and even pasta. You can also drizzle on top of your baked or grilled fish.

COOKING CHALLENGE #1
Use herbs and spices and contrasting flavors to your dishes so you can lower sodium and use salt sparingly to season your dishes.