​A Match Made in Heaven: Revealing the Romantic Heart of God

By Lani Relucio | Photos by Gabe Wolf Photography
It was October 14, 2017. After a long day of service ministry with the refugees, Fernanda curled up in her bed. A late afternoon nap should suffice before she would head to the party at the Frassati House, a Catholic Men's Household. She had no particular interest in meeting anyone, but a friend had invited her. Although the marriage vocation seemed attractive, it seemed incompatible with the full-service ministry that she desired. She had been considering joining the Missionaries of Charity as her way of responding to the call of Jesus in Matthew 25:31-46 to help others. Yet she felt a strange tug to attend the party.

Meanwhile, at the Frassati House, Jacob looked forward to a carefree evening. He had co-founded the household with two other friends and had lived a life of community prayer and service since 2015. As a young engineer who graduated with a Bachelor of Science degree in Environmental & Natural Resources focusing on Water Resources from Purdue University, he was passionate about making clean water and sanitation accessible to the less fortunate. Inspired by the scripture verse in John 4:10, "If you knew the gift of God and who is saying to you, 'Give me a drink,' you would have asked him, and he would have given you living water," Jacob intended to put all his focus on his non-profit organization, Vera Aqua Vera Vita (VAVV), where he is the founder and executive director. No romance for now, especially when he had vowed in prayer to fast from dating.

That evening, when Fernanda met Jacob, the connection was instant and palpable, akin to firecrackers going off, which earned them the nickname "Firecrackers." Their shared interest in missionary service and homeless ministry drew them into deep conversation. When Jacob shared his vision for VAVV, he met a kindred soul in Fernanda. He soon learned that she graduated from the University of Texas at Dallas with a Bachelor of Science degree in Global Business. She had seen firsthand the immense need for clean drinking water during her mission trips to Africa, Asia, and Central America.

With her professional background as a financial analyst for Topgolf, she could help VAVV, so Jacob jumped at the chance to enlist her talent.

"We could get together over dinner to discuss," Fernanda said.

Her response gave Jacob mixed emotions. Was that a date? Jacob pondered over the promise he made to God three days ago. During an intense prayer on one of the few occasions when God spoke clearly, God had asked, "I want you to go on a dating fast for Me. But don't white-knuckle this and take this upon yourself. Instead, I want you to do this for Me and in conjunction with Me. I want you to ultimately be open to My will and where I lead you. Be especially attentive to the gifts I want to give you." Though perplexed by the conditions, Jacob said, "Yes God! Thy will be done!"

Would the dinner with Fernanda mean breaking his promise?

That night, Jacob took his concerns in prayer. Once again, he felt God's clear direction. "Just be open to my will." Fernanda was oblivious to Jacob's dilemma. For her, it was nothing but a platonic encounter until Jacob called to express his excitement, and she felt concern about his intentions. Her friend encouraged her to go, and later the Lord revealed a way for the desires of her heart to merge.
When they finally met for the business dinner, business was the last thing on the agenda. There was no denying the stirrings in their hearts, but was this God's will for them? They settled for friendship and let it play out, or more so, pray it out until God's will became apparent as their friendship blossomed. One day, during a homeless ministry with Our Calling, they hang out, laughed, and talked as though they had known each other forever. And after a month-long dating fast, it became clear that God was calling them to the Sacrament of Matrimony, which happened on September 17, 2019.

Embracing the mission to imitate the Holy Family and become co-heirs of eternal life and witnesses of the beauty of family life, they would soon face a challenge… Fernanda may be infertile. They sought help from the Natural Family Fertility Care Specialist. "It would be very unlikely for her to conceive, not until she had done a rigorous amount of hormone treatments," they were told.

"But the Lord saw fit, despite this, to grant us the miraculous gift of life," Jacob beamed.  Fernanda held the answer to their prayers—their wiggling infant, Luke, whose cooing and cawing were welcome noises. The newly-minted parents continue to find great support from their faith community, St. Monica Parish. "We enjoy the friendships that we have formed and how it feels like a second family."

Jacob has been a member of the parish for seven years and is involved in the Youth Ministry and serves as a Eucharistic Minister. "We praise and worship Jesus in the Eucharist as the source and summit of our faith." He believes that the graces received from the Eucharist and the sacraments sustain them in their faith journey.

"Our faith has played the most important role in our lives, from informing and guiding our decisions, to inspiring us to put our trust in the Lord." As a first-degree Knight with the Knights of Columbus, Jacob believes that faith should lead him to the path of service not only to his family but to his less fortunate brothers and sisters. For Fernanda, it is being an instrument of God's peace in the spirit of St. Francis of Assisi.

Aside from foreign mission work with VAVV and immigrant and homeless ministries, Jacob and Fernanda both enjoy fishing, playing basketball, traveling, camping, hiking, playing board games, and rooting for Purdue teams. Jacob also likes hunting, skiing, watching superhero movies, enjoys craft beer, and remains loyal to his home teams, the Indianapolis Colts and the Indiana Pacers. Fernanda, on the other hand, loves decorating their home and watching romantic comedies.

The life they live is simple yet profound. St. Catherine of Siena's words serve as inspiration: "If everyone was doing what God created them to do, then we would set the world ablaze."

"A lot of people wish they could do more for the needy, but in reality, we are called to fulfill a specific role that the Lord has designed us for," Jacob said. "Our greatest service to the Church and to God's people is to do God's will as He has designed us to do!" Relying greatly on the help of their favorite saints, St. Mother Teresa of Calcutta, St. John Paul II, Blessed Pier Giorgio Frassati, and the mighty Archangel Michael, they pursue their vocations with faithfulness.

At 31 and 25, Jacob and Fernanda certainly have responded with immense generosity. They are grateful for the North Dallas Parish Neighbors Magazine and the sponsors for making it possible for them to share their family story and VAVV's mission. You may visit their website at www.givetruewater.org. 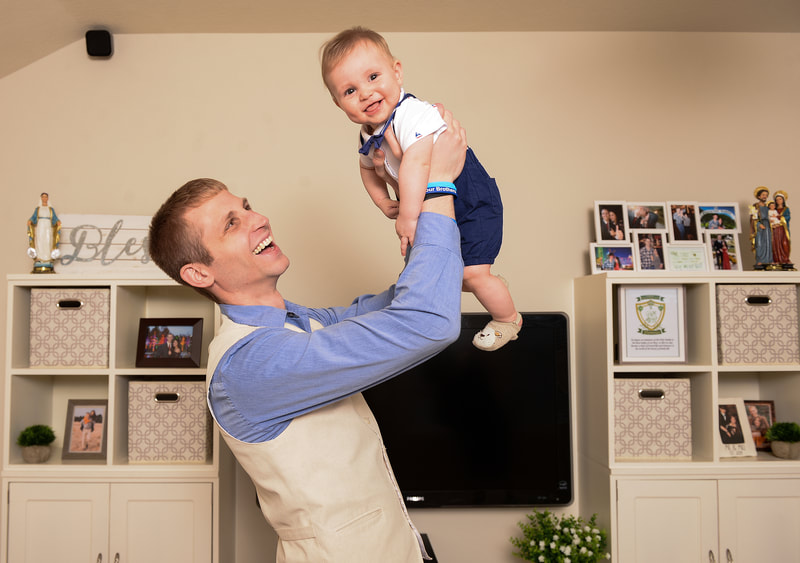 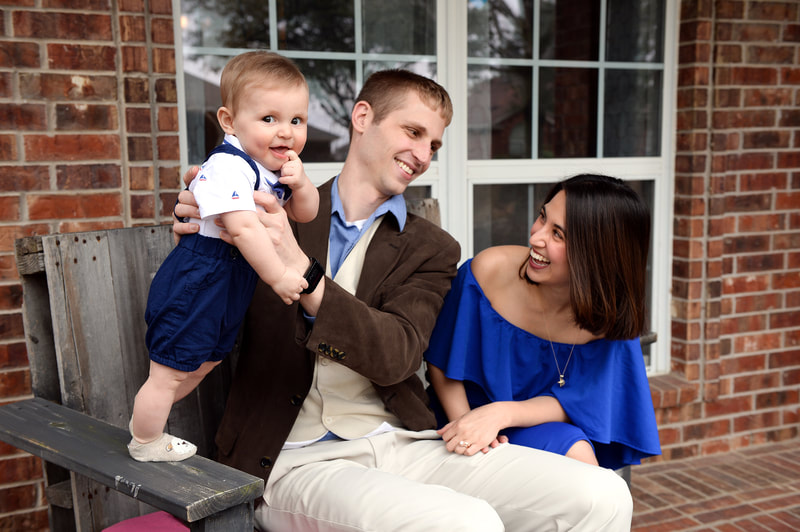 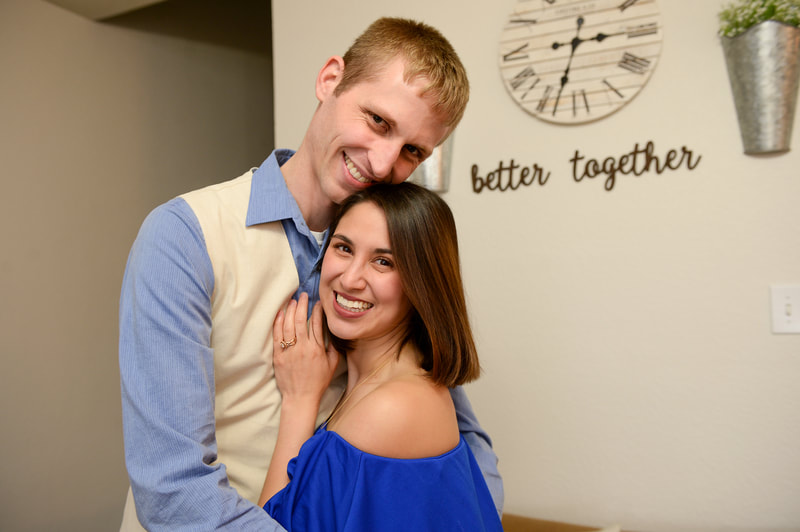