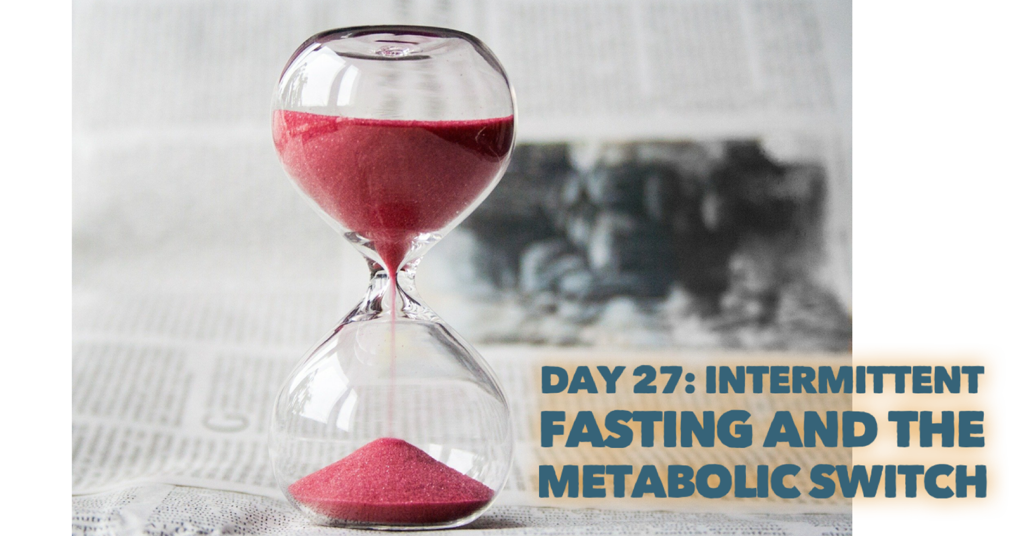 Have you ever heard of intermittent fasting?

In the article, “Flipping the Metabolic Switch: Understanding and Applying Health Benefits of Fasting,” Stephen Anton et al. describes the three most common types that have been studied in mice:

Mice were fed only 500 calories on two alternating days and fed on demand for the rest of the week.

In humans, Alternate Day Fast (ADF) was done by fasting for 24 hours on two alternate days and regularly eating for the remaining days.

Example: Fast by consuming nothing for 24 hours on Wednesdays and Fridays only and feast for the rest of the week

In humans, those who adhered to the time-restricted fasting (TRF) fasted for at least 12 hours or more, but less than 24 hours. They ate regular meals without caloric restrictions thereafter. This resulted in decreased bodyweight but only less than 5kg, with loss of fat mass, but without significant lean mass or muscle loss. Those who fasted for 20 hours x 4 days a week and did resistance training for one month achieved “superior improvement in upper and lower body endurance,” according to the article.

3) 4:3 Intermittent Fasting is when the mice were fed a low-calorie diet for three consecutive days and fed regularly for four days.

​This resulted in lowered plasma glucose, insulin, leptin, and an increase in ketone and adiponectin.

This type of IF was not mentioned in human studies. What was mentioned was an Alternate Day Modified Fasting (ADMF), which was like the ADF for mice, wherein instead of a 24-hour fast on two alternating days (ADF), you consume less than 25% of your energy needs (about 500 calories for a 2,000 calorie requirement) one day and eat without restriction for the rest of the week. This resulted in more than 5kg weight loss but with some lean mass loss. After 8-24 weeks, insulin resistance also decreased, and fasting glucose levels decreased by 36% in pre-diabetics but not in healthy people.

So it looks like the Alternate Day type of Intermittent Fasting (modified or not) seems to result in better weight loss without losing a significant amount of lean body mass compared to calorie restriction. This may be because you feed the body with all the nutrients you need on feast days but allow the body to deplete the glycogen stores from the liver and muscle during the fasting period and tap on fat as a source of fuel. It seems that the 40-Day Lenten practice of fasting on Fridays benefits not just the spirit and mind but also the body. 🤔

The benefits observed were comparable to doing prolonged exercises when the body uses up all glycogen stores and switches to burning fat for energy.

FAT CHALLENGE #6
Fast every Friday using any of the above strategies.